KAN is thrilled to present an annual program of creative workshops with professional artists – open and accessible to the whole community.

We kick off our first term with Chrissy Carter running a series of workshops called ‘Works on Paper’. Over the course of 8 weeks, the workshops begin by exploring a range of different methods and materials, from ink to charcol, pastels or watercolour.  Participants can become confident with these mediums and then focus on a method to produce finished works.

KAN is working on this program in partnership with the Broome Community Recovery Centre and has received funding from DLGSC to deliver the program.

The Shinju Art Awards are a highlight in the local calendar. For locals (as well as the many Shinju visitors to town) it’s an insight into the incredible diversity of artworks and styles.  We just love seeing works that reflect our local landscape, people and culture – produced by professional and high achieving artists as well as young people and emerging artists.

KAN managed the exhibition again this year and we had a great night with everyone at the opening and many conversations with visitors over the following 10 days. The Judges (Janis Nedela, curator from the Kerry Stokes Foundation, and Kimberley artists Jacky Cheng and Darrell Sibosado) had a tough job, but they brought their professionalism and expert eyes to the process and we thank them for their work.  Congratulations to each of the worthy the winners:

art above the 26th

While the latitude line of the 26th parallel officially defines the geographic edge of ‘the north’ it also comes with a certain attitude; a creative and adventurous grit that has its own character and vernacular.  Northern Australia is an incredibly creative place with a population of intriguing and bold characters who look at life a little differently to the way they do down south.  The artists who live and work in this region reflect upon their surroundingsandhistory and produceartworks that reveal insights into their world.The Kimberley Arts Network and the Broome Civic Centre partnered to showcases the creative expression of the region that explores the lifestyles, heritage and character of ‘the north’.   The exhibition was launched by Member for the Kimberley Divina D’Anna who spoke elquently about the value of art for our community and explored the quirky, intense and stylish pieces on show.

We’re thrilled to see such a postitive repsonse to the show and look forward to seeing this become an annual event that grows each year.

Getting out of the Kimberley, a number of Kimberley creatives have been showcasing their works at the Indian Ocean Craft Triennial which is on show until November in a range of locations around the state. 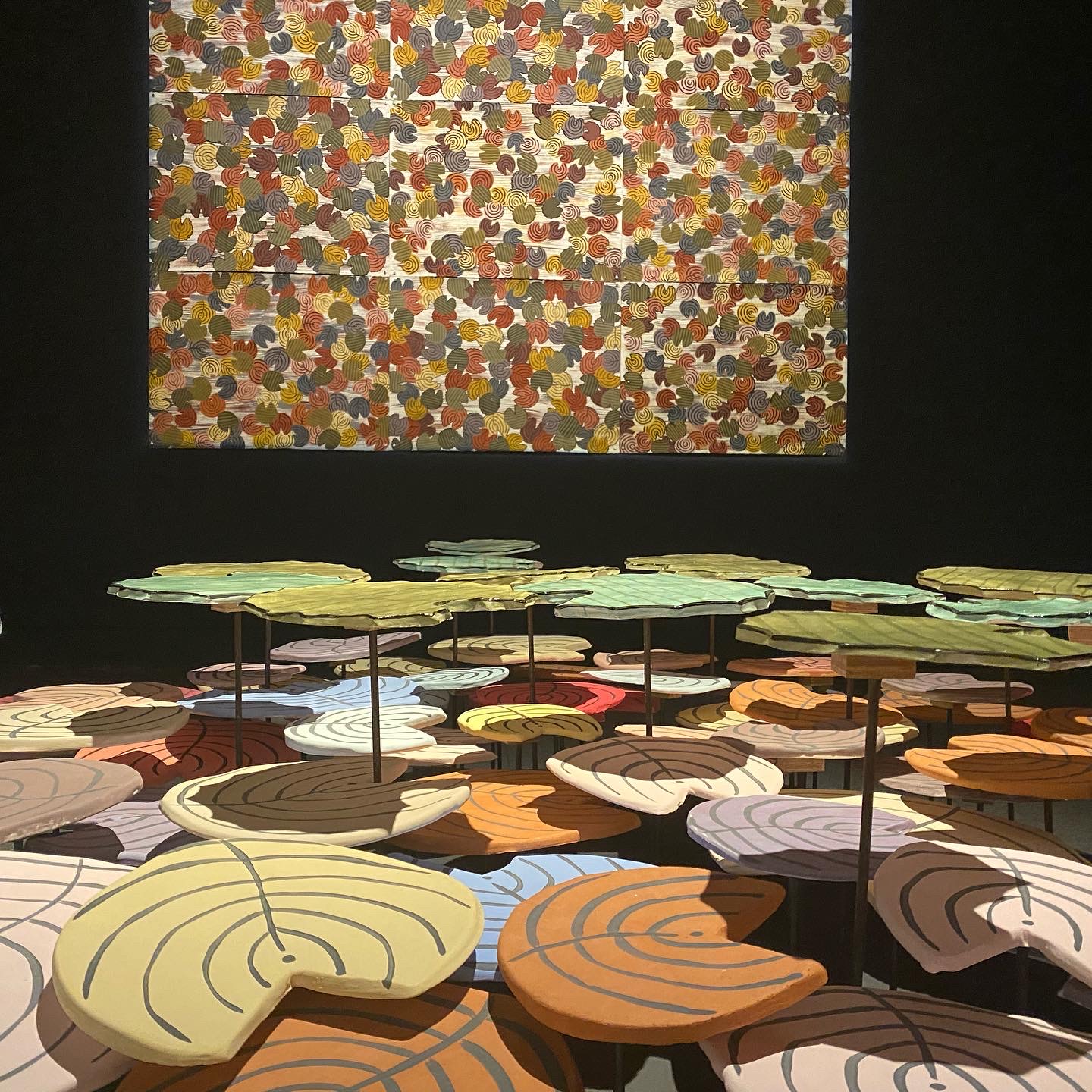 Jan Griffiths’s stunning “History beneath the beauty” at the John Curtin Gallery‘s exhibition ‘Curiosity and Rituals of the Everyday’ explores the traumatic stories of her grandfather’s cross-cultural encounters during colonial era in the East Kimberley. 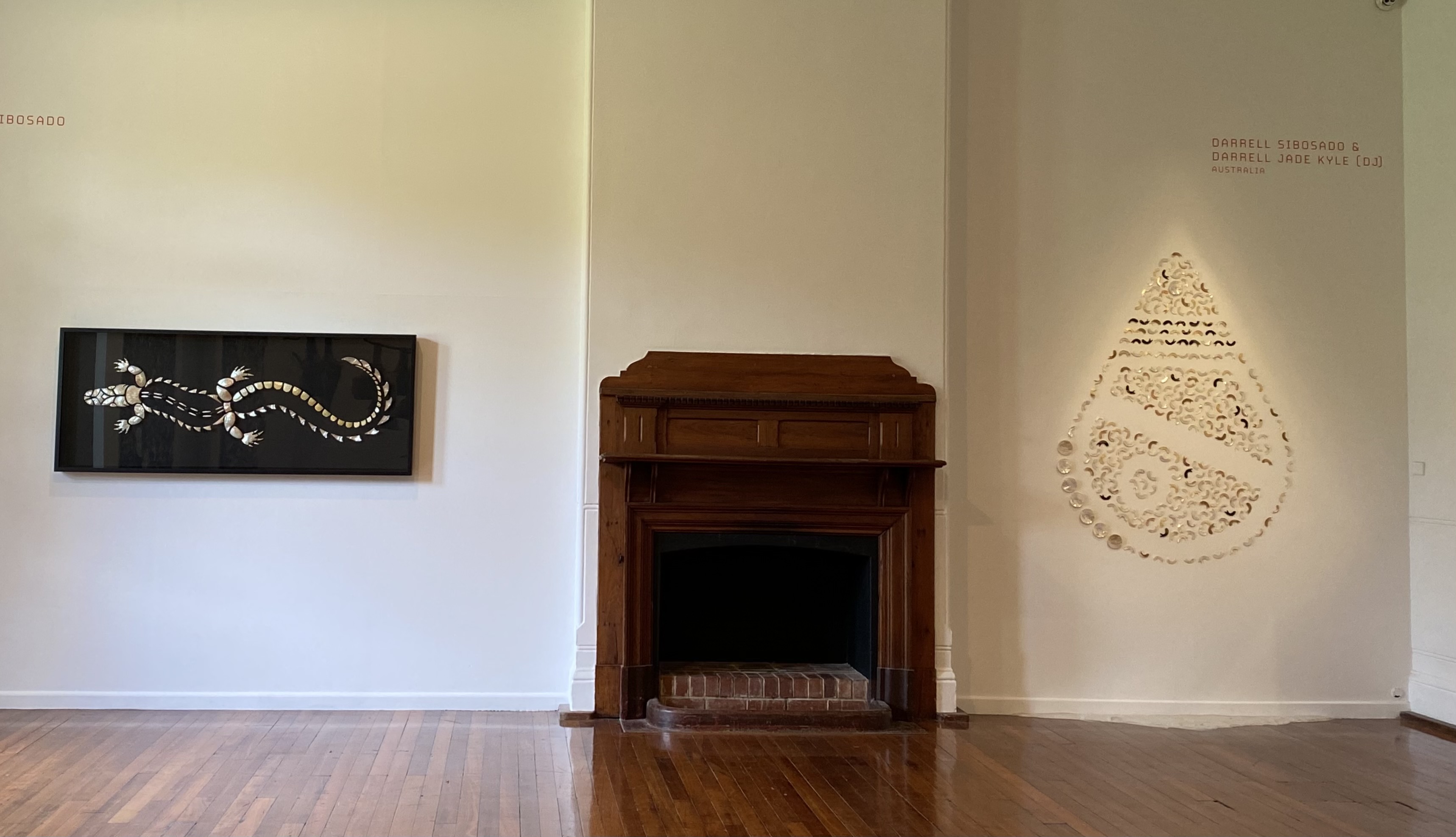 Garry Sibosado’s pearlshell crocodile and Darrell Sibosado & Darrell Jade Kyle carvings on show at the Fremantle Arts Centre in the ‘Curiosity and Rituals of the Everyday’ exhibition.  Textile dyers Lily Chin and Pat Torress work is also part of a collabortaive weaving work.

Jacky Cheng has worked with the Pilbara community for the TEND exhbiition and her work is part of When I saw You in October and she is also exhibiting in  HERENOW21: DISPERSION in November along with Derby’s Katie Breckon.

Art on the app

If you live in Broome, you would have spent the last 3 years driving around road diversions and desperately searching for a Chinatown parking space. The roadworks are now complete, and the streets and their landscaping are open to all. An important element of the Revitalisation works has been the inclusion of Public Art that can tell the stories of the town’s rich and diverse cultures and fascinating history.  Works by a number of local artists now have a prominent place in our streets.

You can discover more about these artworks on the Explore Broome App available for both Apple and Android devices.  The App has a number of walking trails including the Art and Heritage Walking Trail that explores the artworks and other cultural features of Chinatown.